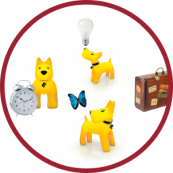 More than 16 years ago, Euroset appeared on the horizon of the young Russian business. In 1997 Russian  mobile retail market was almost non-existent. The most popular device in early 90s was a pager.

Euroset has become one of the founders of the Russian mobile retail market, the company gave an impuls to its further development. Its first shop was opened in Moscow on Leninsky Prospekt with an assortment of several models of phones.

After 6 years the company became a major player in Moscow with the retail chain of 100 stores and the company decided to expand into regions of Russia. In 2003 more than 117 stores were opened in the regions, in 2004 more than 800, in 2005 up to 1934, in 2006 were opened 1 976 shops in Russia. The company opened offices in CIS countries and in all Federal districts of Russia: far Eastern, Siberian, Urals, Volga, southern, North - Caucasian, Central, North-West.

According to a report by Deloitte (February 2009), in the period of 2002-2007 Euroset has become the fastest growing retailer in the world. During the global crisis the сompany maintained its position as one of the leading players in the telecom industry. In 2013 Euroset is actively working to improve the efficiency of its own business, focusing on quality products and services, expanding its activities, entering new markets, developing and introducing modern technology.

Currently the company operates more than 4,500 stores in Russia and Belarus.

In 2010, the company's management has decided to update corporate identity, logo modernization, corporate web site and brandbook. A decision was made about the improvement of the navigation system, modernize the layout and ergonomics of the company's stores. One of the main challenges facing the management of the company and the working group for the project was to develop a new corporate identity while maintaining brand awareness, and maintaining continuity.

In March 2010 Euroset has announced the launch of a corporate rebranding project. Primary brand color, yellow, has been preserved, but it got warmer. In addition to the new corporate style of the company has set itself the task of creating a new symbol of the brand. As a result the development of a "mascot" closest to support key messages and mission of the company became "yellow Terrier".

In the fall of 2010, the company started the experiment to create large-format stores. In September in Moscow opened two experimental hypermarket "Big Euroneset" has an area of 1000 and 2500 sq.m. The assortment of the hypermarkets included mobile phones and portable equipment, electronics, small appliances. At the time of opening of hypermarkets the average area of the store was 40 sq. m. and the task of the pilot stores was to find out what the trading format in Russia is still not involved. Today in different regions are successfully operating 34 stores in the hypermarket format.

Today, in every showroom customers can buy not only mobile devices, but also to obtain a number of desired and necessary services - money transfers, purchase of air and railway tickets, tourist vouchers, registration of pension and insurance contracts, tax payment, place an order and delivery of household appliances, get a consumer loan etc. Traffic in the company's stores on a monthly basis reaches about 55 million people.

Opening more than 60 online shops in Russia, the company actively contributes to the development of the format of online trading in regions of the country.

In addition, Euroset is one of the largest Federal employers in the country. Today the company employs over 30,000 employees. Euroset is a wide term career opportunities. The company regularly invests in training its employees. Based on the regional offices Euroset has opened 64 training centers, where young people with basic education can get your first profession and become specialists in the industry. Training centers is an educational school for anyone interested in their own development.

Euroset is a company that creates modern trade standards and quality of public services.

Euroset has an impact on the investment climate in the country, an expert in international trade relations, helps foreign partners better understand the specifics and peculiarities of the Russian market.

The company successfully cooperates with foreign manufacturers of cellular phones and portable digital technology, promotes the development of Russian business.