Juice start-up Simplee Aloe has sealed distribution deals with The Co-Op and Nisa worth nearly £400,000 a year, as supermarkets rush to find the next “clean drinking” craze after coconut water.

Simplee Aloe, which was set up by former City bankers Alex Lai and Raymond Pang in 2014, mixes aloe vera juice with apples and mangoes to disguise the plant’s sour taste.

The company turned over £1.5m in the year to July 2016, shipping around 70,000 crates a month from a distribution hub in Llantrisant in Wales to shops including Sainsbury’s, Waitrose and Holland and Barrett.

“We thought that existing aloe vera juices weren’t very tasty, full of pulp and usually packed with sugar,” said co-founder Mr Lai, 27, who with Mr Pang, 29, who made their own aloe vera juice concoctions at home.

The former BNP Paribas bankers first pitched the product to Sainsbury’s in 2014, which ordered the drink for 200 of its stores. 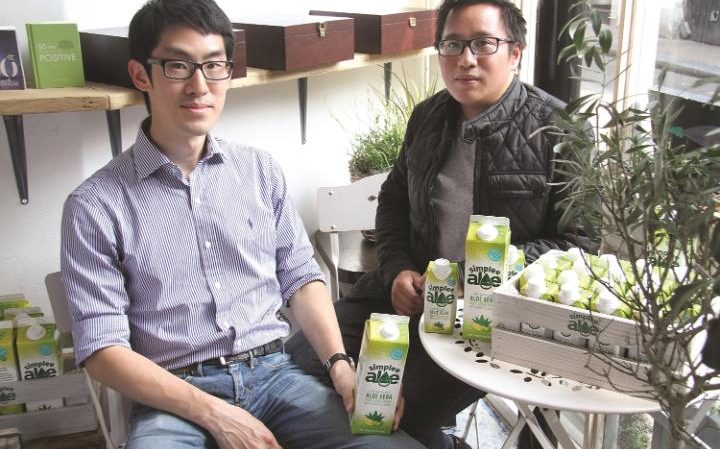 It is the latest healthy drink to hit supermarket shelves after an explosion in demand for coconut water, which is now worth £100m in the UK alone.

The aloe vera juice market is quickly catching up, doubling in size over the past 12 months and worth £4m a year, according to Kantar Worldpanel research.

Aloe vera juice is typically stocked in health food shops and imported from abroad, and has been linked with skin benefits due to the plant’s high “polysaccharide” content.

“Retailers have started seeing they need an aloe vera drink on their shelves, and they are looking towards smaller companies that are making healthy products,” said Mr Lai. 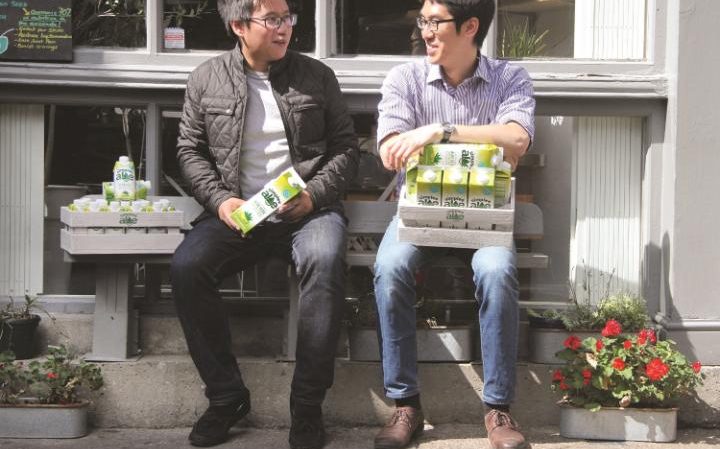 Mr Lai and Mr Pang, who together own 65pc of the business, began Simplee Aloe with £90,000 of their savings before securing £230,000 venture capital funding from Green Monday Ventures, a firm based in Asia, in February 2015.

Mr Lai said the coconut water craze had partly boosted the business, by proving that customers will spend more on juice if they think there is an added health benefit.

“Smoothies and coconut water have opened up a space, increasing the prices for that drinks category,” he said.